Brace yourself for fascinating safari experiences on the trip to Kenya. Indulge in the heady cocktail of romance and adventure by starting with witnessing the throngs of wildebeest roaring through the savanna. Get close to the majestic African Elephants at Amboseli, and marvel at the thousands of pretty pink and white flamingos at Lake Nakuru. Discover the threads of harmony among the ancient tribes and the contemporary world in the sun-soaked lands pf Kenya.
Bucket List Group Travel > Destinations > Africa & Middle East > Kenya

Nairobi is a unique place in Kenya when it comes to cultures and lifestyles. Famously known as the “Green City within the Sun”, the city is the capital of Kenya and well holds the most civilized population in Africa. A tour always asks the tourist to know more about the place, and the museums in Nairobi – Nairobi Railway Museum and Karen Blixen Museum are the place that can quench your curiosity.

Mombasa dissolves the variance in language and cultures from every part of the Indian Sea in one place. Thanks to its heritage of being the largest port in East-Africa. This cosmopolitan holidaymaker hub is an island that is connected to many parts of Kenya via ferries and bridges. Tourists make vlogs while enjoying the famous street foods here. One of its top tourist attractions is the Fort Jesus, a UNESCO renowned world heritage. From dolphin spotting to deep-sea fishing, the wrecks and reefs of Mombasa offer everything.

Known as Port Florence for its proximity to Lake Victoria, Kisumu is popular for its famous canoe rowing. While Kisumu Museum fascinates people with its collection of the nation’s evolution, the bird fanatics might not leave the Kisumu Impala Sanctuary for days. Explore the undiscovered beauties of Lake Victoria and the ultimate fantasy of tent restaurants at Kiboko Bay. Fishing on the rocks of Lake Victoria is the thing people shouldn’t miss in their Kenya Tour.

Standing at average 1880 m, Nakuru holds the best environment for birdlife and the tribal territory. Flamingos give the city its appeal, and tourists should time their visit to get the most of it. It’s a fast-growing city, constructed on the floor of the Great Rift Valley. While Lake Nakuru National Park is the first choice visit here, Lake Nakuru is a must stopover for sure. If you are a golf devotee, then it is the best place to enjoy your dreams while you enjoy your Kenya trip. 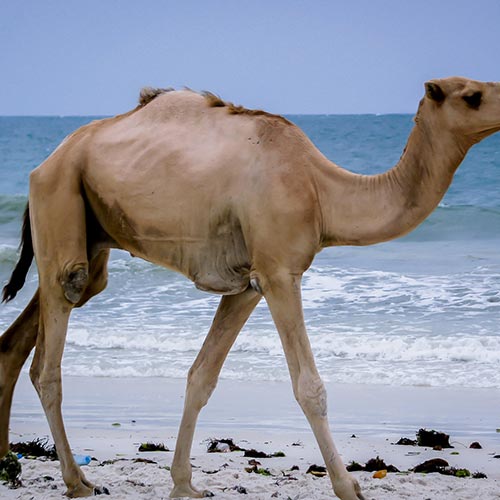 Malindi is a prevalent visitor resort in the north-west area of Mombasa. Like every part of Kenya, it is also a voyagers’ choice where most enthusiasts fly directly through authorized flights. Malindi muscles up vintage scenarios like late sun-shine upon lakes, glittering coral gardens, and palm-kissing shoreline. While this beautiful coastal town offers the best platform for holiday relaxation, its vibrant nightlife and stunning historical places like Marafa-Hell’s Kitchen, Falconry of Kenya, and Marine National Park are there to remove every constrain, people face in everyday life.

Maasai Mara, also known as Masai Mara, and locally simply as The Mara, is a large national game reserve in Narok and Trans Mara Counties, Kenya, contiguous with the Serengeti National Park in Tanzania. It is named in honor of the Maasai people, the ancestral inhabitants of the area, who migrated to the area from the Nile Basin. Its animals include lions, cheetahs, elephants, zebras and hippos. Wildebeest traverse its plains during their annual migration.

Late June through to Mid-October is the best time to travel to Kenya. As it is a dry place, it is the best period to record the best wildlife collection in your diary.

Kenya is a part of the continent of Africa on the shared coast of the Indian Ocean, surrounded by Somalia, Ethiopia, Sudan, Uganda, and Tanzania.

The administrative Capital of Kenya is Nairobi.

Jomo Kenyatta International Airport is the most functional airport in Kenya.

The most conversational language of Kenya is the Bantu Swahili language. English is a well-circulated counterpart because of its British colonial background.

The currency recognized in Kenya is the Kenyan Shilling (Ksh). 1 US Dollar is equivalent to 106.71 Ksh.

Every visitor must obtain a visa for at least six months with a passport that includes two blank pages to enter Kenya and moreover to exchange currency. People from Cyprus don’t require a visa.

Kenya holds a peak electricity demand of 1912 MW, and in most places, the supply is uninterrupted. Thanks to the country’s geothermal power and hydroelectricity production.

The NaTHNaC, WHO, and CDC recommend vaccinations for hepatitis A, hepatitis B, polio, typhoid, rabies, meningitis, MMR, Tdap, chickenpox, pneumonia, shingles, and influenza.

Kenya’s WIFI being the world’s 14th fastest internet connection, almost 99% of the areas are under wireless broadband surveillance.

Can I use my mobile while in Kenya?

While you can use any devices during the Kenya tour, you should obtain a SIM card from any of Safaricom, Airtel Kenya, or Telkom to enjoy the best network.

Can I drink the water in Kenya?

Visa and MasterCard are acceptable in Kenya.

What to wear in Kenya?

Kenya is a dry area, so you need light wear dresses. But it depends upon when you visit. The land is full of natural and marine activity, so carry suitable shoes and swimwear as well. Do not forget the sunglass, hat, and sunscreen as these are required most when you enjoy the sun-soaked beaches.

What is the convenience of ATM access in Kenya?

It is easy to get ATM access in major cities of Kenya, but cash is the best option in the rural area.

Travelers will not face any toilet-related issue in standard hotels, malls and urban areas of Kenya.

Is Kenya safe for women to travel solo?

Yes, Kenya is safe for women travelers, even if they are traveling solo.