+1 (800) 281-1604 info@bucketlistgrouptravel.com
LoginSign Up
Bucket List Group Travel > General > 5 Fun facts to entice you to add Egypt to your bucket list

What can we say about Egypt? It is the land of myths and legends, ancient civilizations and the pyramids of Giza. Egypt is an exciting country with some of the most fascinating historical sites in the world. Egypt has much more to offer than just pyramids. Take a look at these most interesting facts about Egypt and you’ll see why.

As one of the world’s oldest civilizations, Egypt is a fascinating travel destination. If you plan to visit the Middle East, these facts about Egypt will help you understand the history of the ancient Egyptians and the background to some of the country’s most popular attractions.

1. Egypt is home to the world’s only remaining ancient wonder

The only monument of the Seven Wonders of the Ancient World still stands in Egypt. Only the Great Pyramid of Giza at Elgiza, Egypt, has stood the test of time. Located in the capital Cairo, the Pyramids of Giza are as impressive as ever. The Great Pyramid of Cheops is the largest of all pyramids and was built in the 4th century to house the pharaoh Cheops. Today it is known as the Pyramid of Khufu.If you travel to Cairo, you can’t miss the pyramids, which are visible from all over the city. Khufu’s Pyramid is huge, he is 146.7 meters (481 feet) high. Read about the coolest Egyptian Pyramids we visited – Red Pyramids of Egypt – Experience inside and out

3. Cleopatra was not Egyptian 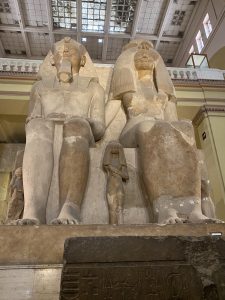 Another interesting fact about him about Egypt is that one of his most famous characters in ancient Egypt, Cleopatra, is actually Greek, not Egyptian. Although she was born in Alexandria, she had no Egyptian blood and was instead descended from the Ptolemaic dynasty of Macedonian ancestry in Greece. The Ptolemaic dynasty ruled ancient Egypt from 323 BC to her 30s. The name Cleopatra is actually Greek and means ‘famous for her father’ or ‘her father’s glory’. 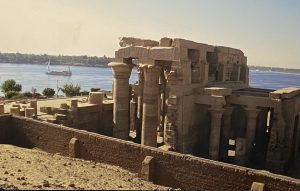 Did you know that the longest river in the world is in Egypt? The Nile River flows through Egypt and approximately 95% of the Egyptian population lives along the Nile River. This fact about Egypt isn’t all that surprising since most of the country is occupied by desert. 90% of Egypt is made up of desert, and the Nile River divides this desert. The ancient Egyptians divided Egypt into two countries, the Desert and the Nile Valley. Contrary to popular belief, Upper Egypt is to the south and Lower Egypt to the north. This is because the Nile River flows north towards the Mediterranean Sea. 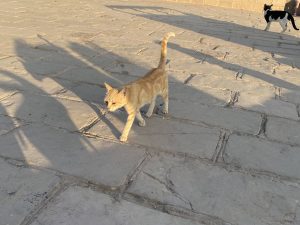 Indeed, cats were considered sacred animals in ancient Egypt. And from what I saw during my visits to Egypt, they are still cared for and respected.Many cats hang out on the roof terrace of our guest house in Cairo and love to cuddle. did. Cats were considered good luck charms and were so revered that pharaohs mummified them when they died. As a cat lover, I understand.

6. His 12-month calendar invented in Egypt 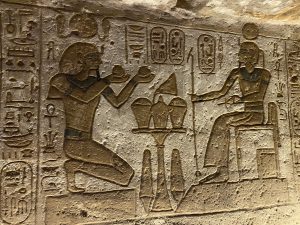 In case you didn’t know, the calendar we use today was invented by the ancient Egyptians. Yes, ladies and gentlemen, the first calendar known to mankind was invented in Egypt. In fact, it is 6264 in the Egyptian calendar.

The ancient Egyptians used a 12-month calendar, much like it does today. However, each month always had 30 days, meaning that the year had only his 360 days, making the year out of sync with the seasons. To make up for lost time, they held a five-day festival at the end of each year.

The official language of Egypt is Arabic, but don’t worry. Many people also speak English. If you can speak French, you can communicate in Egypt.

Egypt’s official name is the Arab Republic of Egypt

The first humans in Egypt date back 8000 years before him, but the ancient civilization as we know it was founded around 3000 BC. Established.

For centuries, Egypt was under the rule of the Roman Empire, the Greek Ptolemaic Empire, Islamic powers, and even the British.

Did you know that there are about 700 symbols in hieroglyphs, an ancient language once used by the Egyptians? Can you imagine learning this language? You may be able to read ancient symbols in some tombs.

And those are some fun facts about Egypt. Have you ever been to Egypt? Where is your favorite place in Egypt?

Looking to tick your next bucket list destination or activity?

Get inspiration with travel deals, upcoming tours, news and updates straight to your inbox.